Belgrade Grand Prix – on the Kalemegdan Park race track – was held on the third of September 1939. It was the biggest sports event in Belgrade during the golden era of motoring. This was the Belgrade Grand Prix held at the beginning of the Second World War. On the first of September the Germans marched into Poland. This race was attended by world’s most famous drivers.

The race was held in honor of the young King Petar II Karadjordjevic’s birthday. It was organized by the auto-moto club of the Kingdom of Yugoslavia, the oldest daily newspaper in the Balkans, The Politika, with the help of Yugoslavia moto section – NEBOJSA touring club from Belgrade.

Serbia’s Bosko Milenkovic in Bugatti 51 also participated in the race.
This race was won by Tazio Nuvolari on the Auto Union D model with 12 cylinders and 500 horsepower in the time of 1h 4 min 3 sec. His fastest round was driven on the average speed of 130.839 km/h.
The fastest race lap was achieved by Herman Miller in the auto union 1 min 14 s (135.924 km/h).

Most important was the sports car race to the 2100 CCM, where the world famous drivers participated: The race was viewed by 75,000 spectators, which was a very large number of people, because at the time Belgrade had 360 000 citizens. 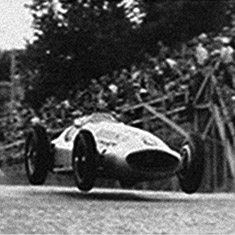 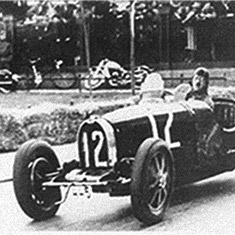 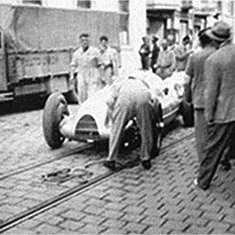 Coming back from Slovenija